At the Staatliche Akademische Hochschule für Musik, Tal had been exposed to Schoenberg’s early post-tonal style (mainly through Tiessen). Importing early Schoenbergian serialism to British Palestine, Tal had been fully aware of both the tonal gestures that had breathed life into this syntax and its dogmatic pitfalls. Consequently, rather than a rigid work with row matrices and twelve-tone combinatoriality, Tal favored working with melodic cells whose unfolding he often breached. Some of his sketches include row matrices, yet a close examination of his finalized works indicate that these are used as sonic ideas rather than prescriptive formulae. Dodecaphonic Episodes (1951) for piano solo is the only work that abides by strict twelve-tone principles, and indeed this composition was written as a pedagogical endeavor aimed at introducing twelve-tone compositional devices to an emerging cohort of Israeli composers and instrumentalists. Tal’s early works disclose a predilection to basso ostinato and variations that stem from its intervallic information. The Chaconne (1936) for solo piano “displays a series of melodic permutations drawn on a basso ostinato the symmetry of which the composer determinedly breaks. More often than not, asymmetry was embedded in the ostinato itself, thereby creating further shifts and changes of emphasis in thematic reentries. 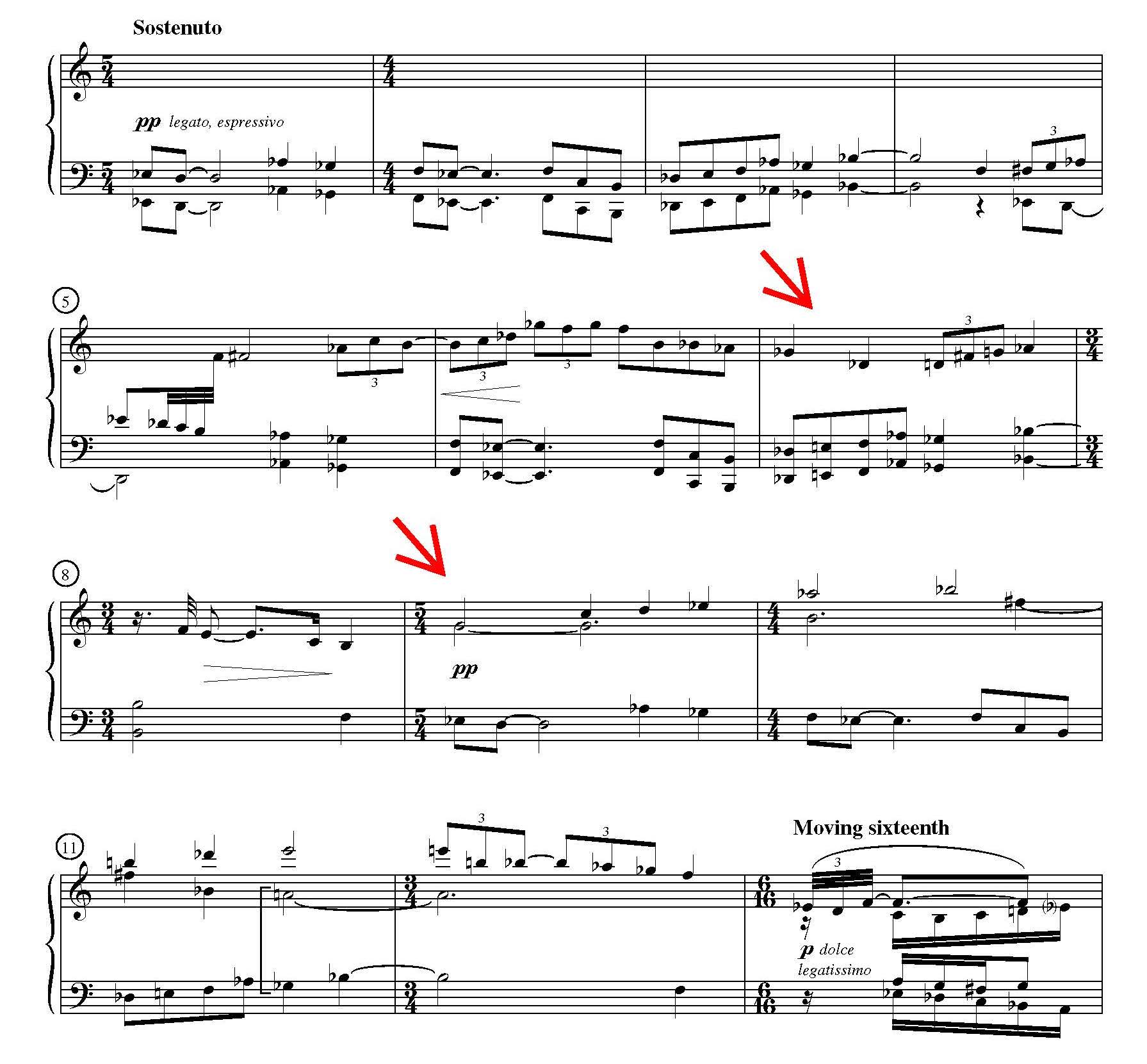 The unison introduction of the Chaconne, for example, is already shifted in its second cycle, making it unclear which opening of the first two entrances is the anacrusis, given that the first measure is in 5/4 time and the closing of the second entrance is in 3/4 time (see m. 7). Furthermore, the third entrance condenses the former entries into just one cycle by reintroducing the 5/4 time at its beginning (see m. 9) and punctuating it by a short unison on F at the close of a 3/4 time measure.” [1] “Tal’s polyphonic branching makes use of the intervallic information of the basso, allowing him to extend several motives from the basso without committing to their melodic cells. Two opposing forces are therefore groping for balance: the linear cyclical form of the chaconne, on the one hand, and Tal’s constant shifting, prolonging, and condensing of thematic reentries, on the other, as seen in one of the concluding reentries of the theme (see measures 168-172). 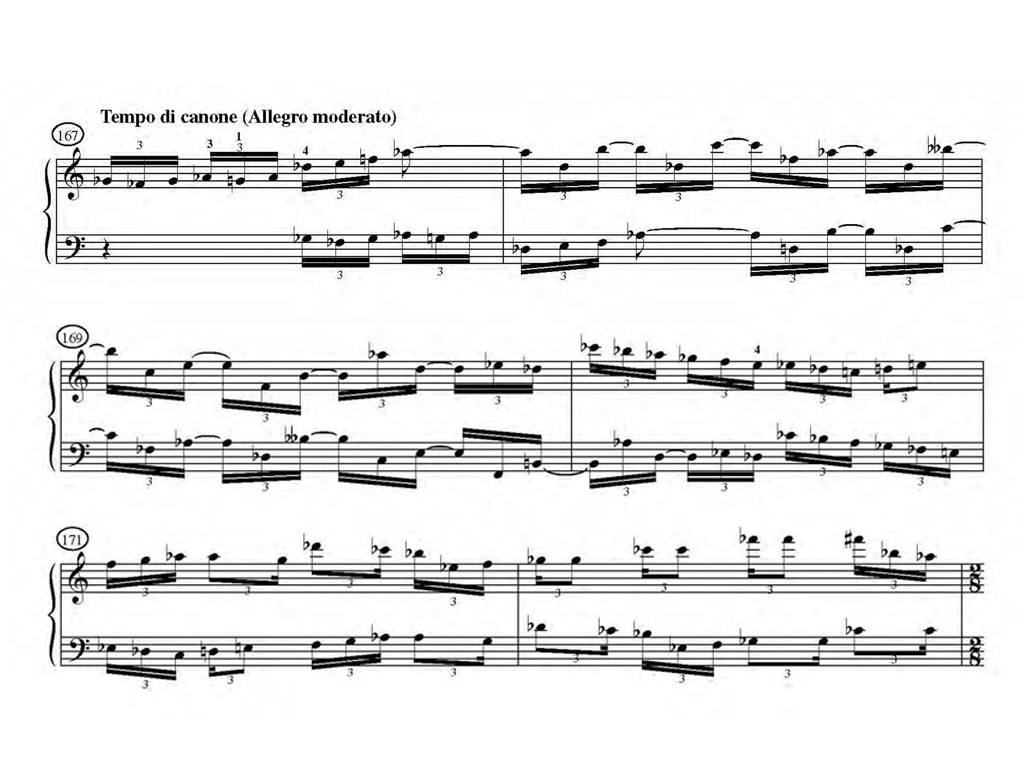 Allowing harmony to proliferate from the intervallic content of the theme, Tal resisted linear matrices on the micro level, while postponing or pausing thematic unfolding on the macro level, in favor of developments that transgress symmetric cyclic repetitions. And while sustaining cyclic repetitions, Tal signals out those variants that echo noticeable segments from the basso.”[2] Similar principles are implemented on a larger scale in Tal’s Second Symphony (1960). Tal constructs his symphony on a twelve-tone row, yet he draws on different fragments of it as he develops the work. This is exemplified in the symphony through the many ostinati the composer mines from the constitutive row of the symphony; ostinato, therefore, appear either as rhythmic or melodic patterns. “Eventually”, as Tal writes in his autobiography, “the complete row takes a bow at the end of the symphony”.[3] Still, separating the musical from the extra-musical in Tal’s work runs the risk of misreading his music. While being fully aware of a Zionist discourse which associated exoticism and citations of Israeli folksong or liturgical Jewish music,[4] Tal would internalize the codes that complemented the national narrative while violating it from within, using variations on melodic cells and basso ostinato activated in atonal context.  Such is the case of the second movement of Tal’s Piano Sonata (1949) which cites and develops Yehuda Sharett’s song “Rachel”. In later years, and in keeping with the transformations Hebrew culture had undergone in post-statehood Israel,[5] Tal’s musical edifices would challenge additional national myths. The Parade of the Fallen (1968), written shortly after the Six-Day War, sets Haim Hefer’s canonical poem of the same title,[6] yet resists its euphonic solemnity through atonal devices and stunt acoustical effects drawn on his experiments in electronic music.