Josef Tal (Hebrew:  יוסף טל ; September 18, 1910 – August 25, 2008) was an Israeli composer whose career spanned nearly seven decades, beginning in the Weimar Republic through Mandatory Palestine to Israel at the turn of the twenty-first century. Tal’s oeuvre consists of eight operas, six symphonies, and thirteen concerti, in addition to various chamber, solo, choral, and electronic works. He is considered one of the founding fathers of Israeli art music. Among his many prizes are the Israel Prize (1970), the Berliner Kunstpreis (1975), and the Wolf Prize (1982).

Josef Tal (formerly Grünthal) was born in the town of Pinne (now Pniewy), near Poznań, German Empire (present-day Poland). Tal’s family (parents Ottilie and Julius Grünthal and elder sister Grete), moved to Berlin shortly after his birth. In Berlin, the family founded and managed a private orphanage in its home. Tal’s father, Rabbi Julius Grünthal, became a docent in the Higher Institute for Jewish Studies and specialized in the philology of ancient Semitic languages. (In 1939 he fled to Holland, was arrested in Eindhoven and deported to Sobibor extermination camp, where the Nazis murdered him on April 16, 1943).

Growing up in a religious home, Tal’s first encounter with music was at the Pestalozzistrasse Synagogue in Berlin, which he visited weekly with his parents. In his biography Tal recounts that what attracted him there mostly was its “fine choir”. After attending his first concert at the age of thirteen Tal began taking piano lessons.

At the age of 17, Tal was admitted to the Staatliche Akademische Hochschule für Musik in Berlin, where he studied with Max Trapp (piano and composition), Heinz Tiessen (theory), Max Saal (harp), Curt Sachs (instrumentation), Fritz Flemming (oboe), Georg Schünemann (history of music), Charlotte Pfeffer and Siegfried Borris (ear training), Siegfried Ochs (choir singing), Leonid Kreutzer (piano methodology), and Julius Prüwer (conducting). Paul Hindemith, his composition and theory teacher, introduced him to Friedrich Trautwein (inventor of the Trautonium), who directed the electronic music studio in the Academy’s basement. Tal graduated in 1931 and earned a living as a piano teacher, an accompanist, and as a silent-movie pianist. In 1932 he married the dancer Rosie Löwenthal and their first son Rainer-Re’uven was born (later a member of Kibbutz Megiddo, killed in the Six-Day War). 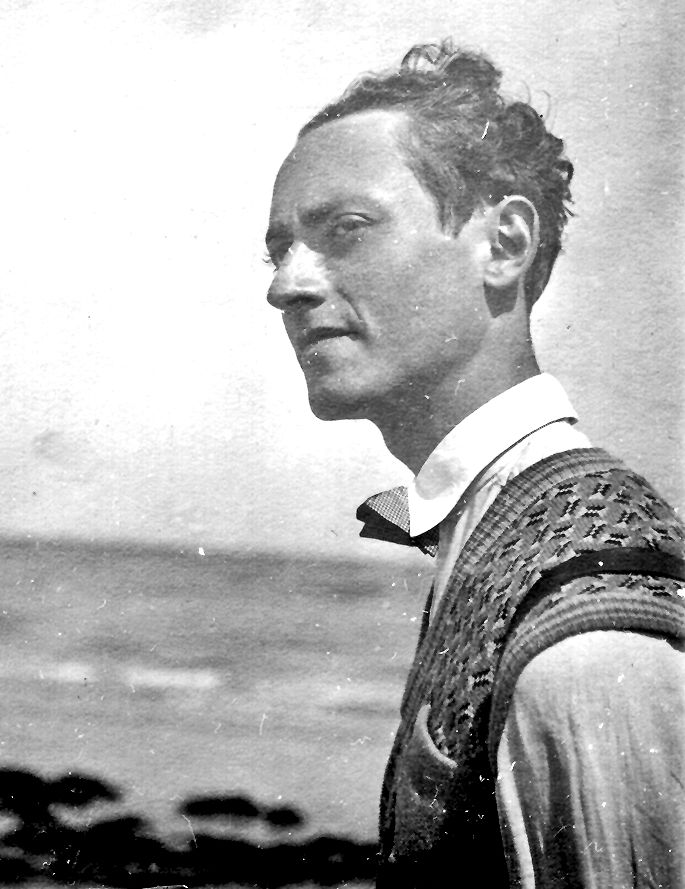 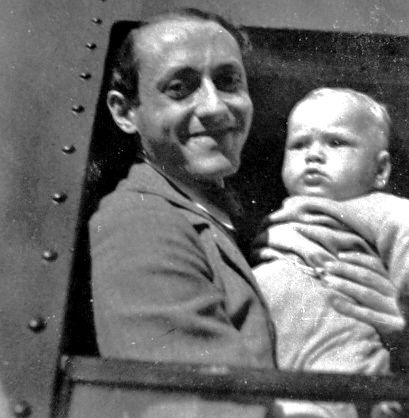 Following the Nazi legislation of the Law for the Restoration of the Professional Civil Service (7 April 1933), Tal was forbidden from teaching. He decided to study photography in order to qualify for a craftsperson immigration certificate to Mandatory Palestine. With a diploma in hand, he obtained a coveted visa and immigrated to Palestine with his wife and son in March 1934. After working as a photographer in Haifa and Hadera, and after short periods of residency in Kibbutz Beit Alpha and Kibbutz Gesher, the family settled in Jerusalem in 1936, and in 1937 the couple divorced.

While assimilating into the German-Jewish artistic milieu of Jerusalem, Tal gave private lessons and gained new performance opportunities, especially with the newly established Palestine Broadcast Services Orchestra. Following Stefan Wolpe’s emigration to the US in 1938, Tal was offered the latter’s position and had taught piano, theory, and composition at the Palestine Conservatory in Jerusalem. In 1944 Tal authored the first music theory book in Hebrew, covering the fundamentals of acoustics, notation, and the history of western harmony from ancient Greece to the early twentieth century. Tal was appointed as Director of the Jerusalem Academy of Music and Dance in Jerusalem, a post he held from 1948 until 1952. In 1940 Tal married the sculptress Pola Pfeffer; eight years later, their son Etan was born. 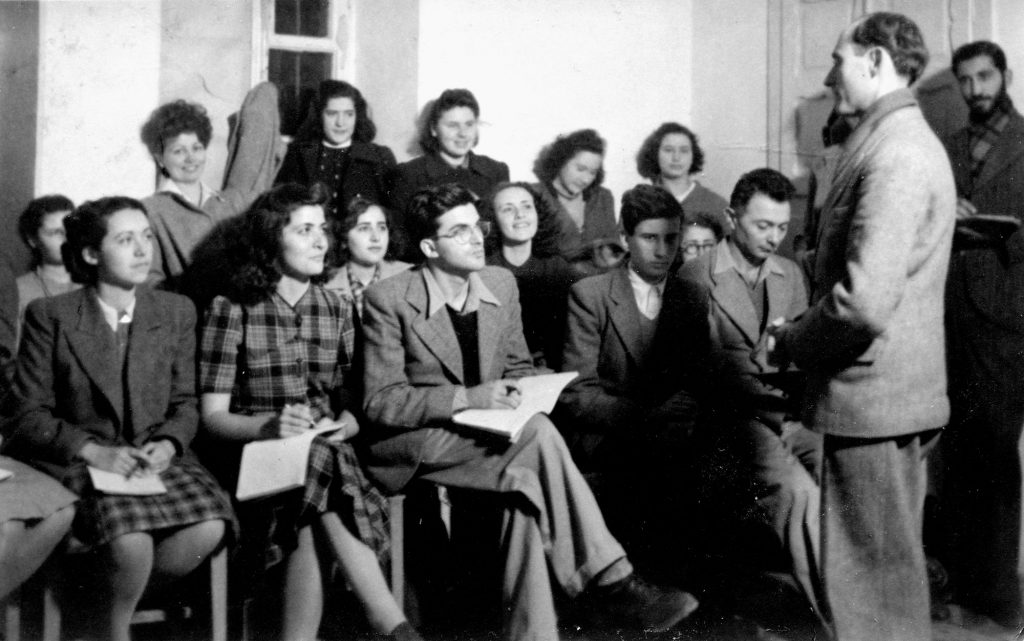 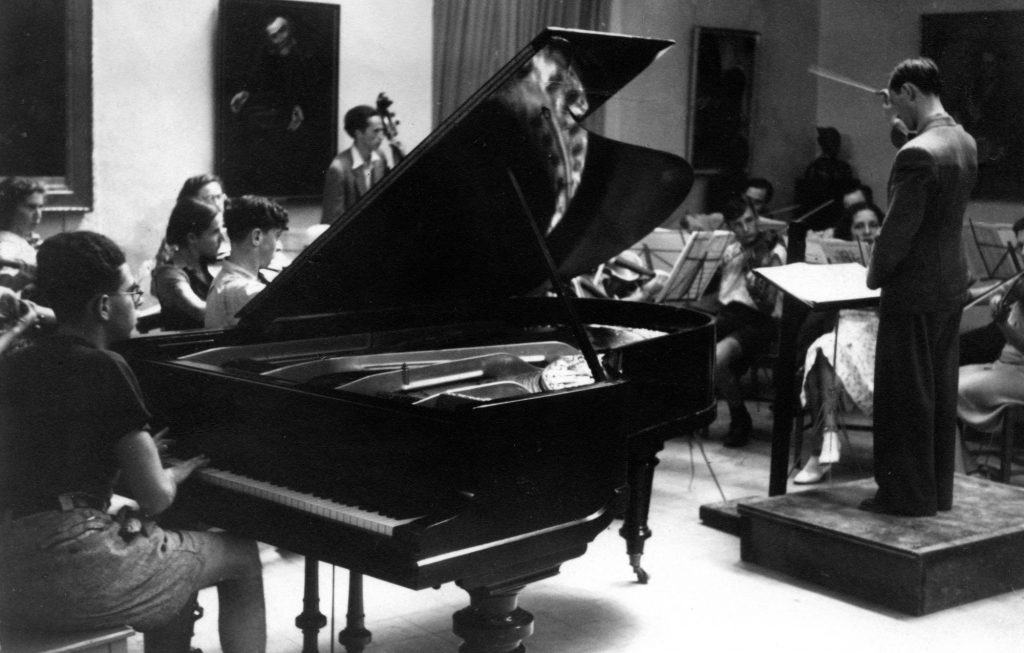 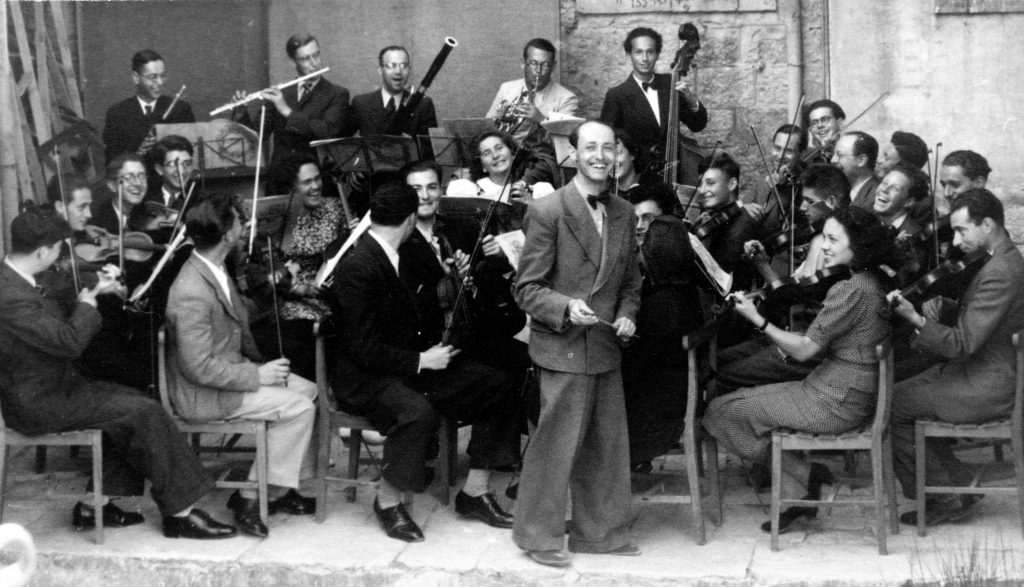 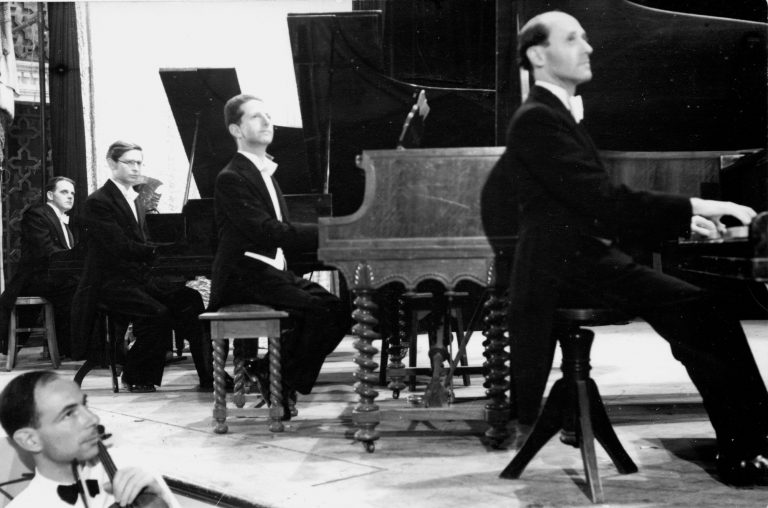 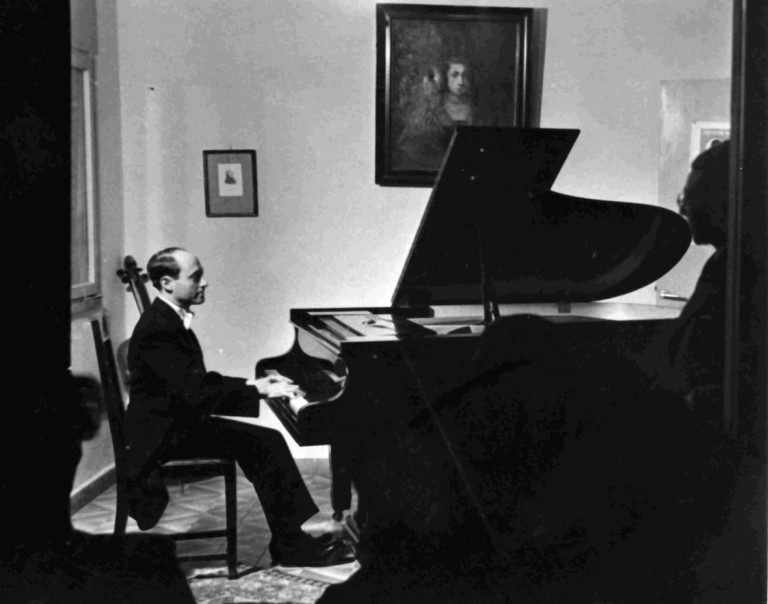 In 1951 Tal joined the faculty of the Hebrew University of Jerusalem as a lecturer. In 1965 he founded the Musicology department and served as its Chair until 1971. While continuing to perform as a pianist throughout the 60s, he established the Centre for Electronic Music in Israel at the Hebrew University of Jerusalem. In the early 1990s he conducted a research project aimed at developing a new form of musical notation. 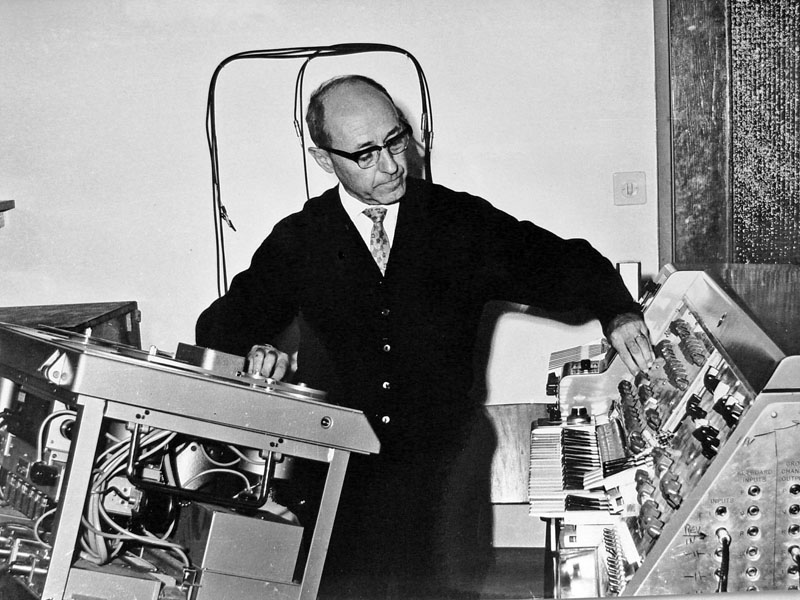 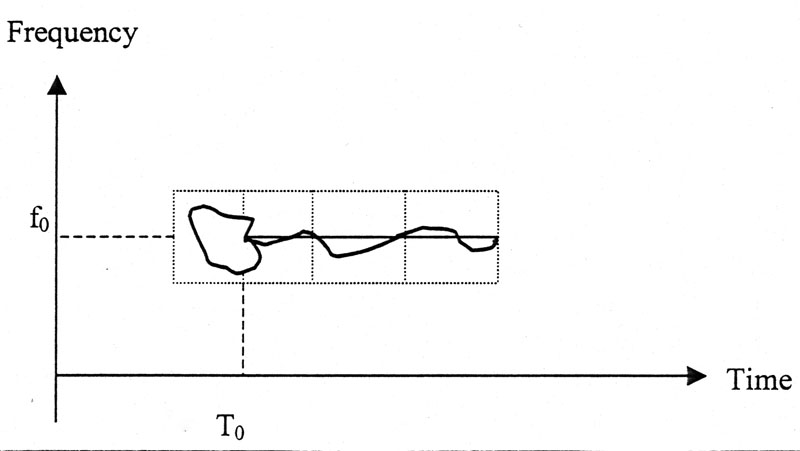 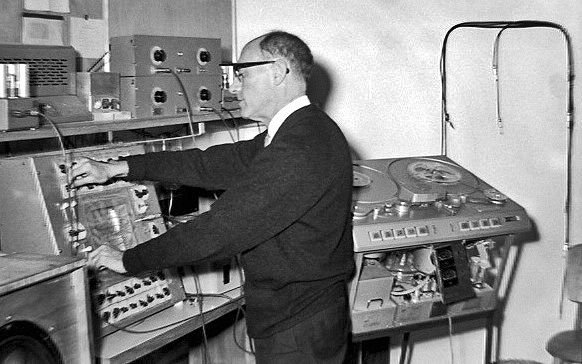 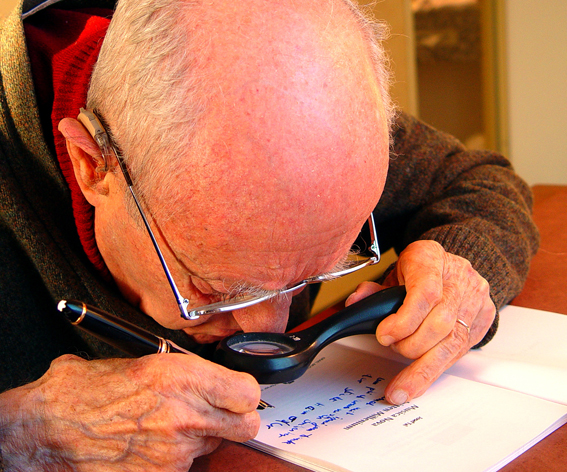 During the ’90s Tal’s eyesight deteriorated due to macular degeneration and it became increasingly difficult for him to continue composing. Tal’s last stage work was the opera Josef  (1993), which had been premiered by the New Israeli Opera in Tel Aviv in 1995. In his last years Tal had completed two publications, Musica Nova in the Third Millennium (2002), and a revision of his autobiography titled Tonspur: Auf der Suche nach dem Klang des Lebens (On Search for the Sound of Life, 2005). 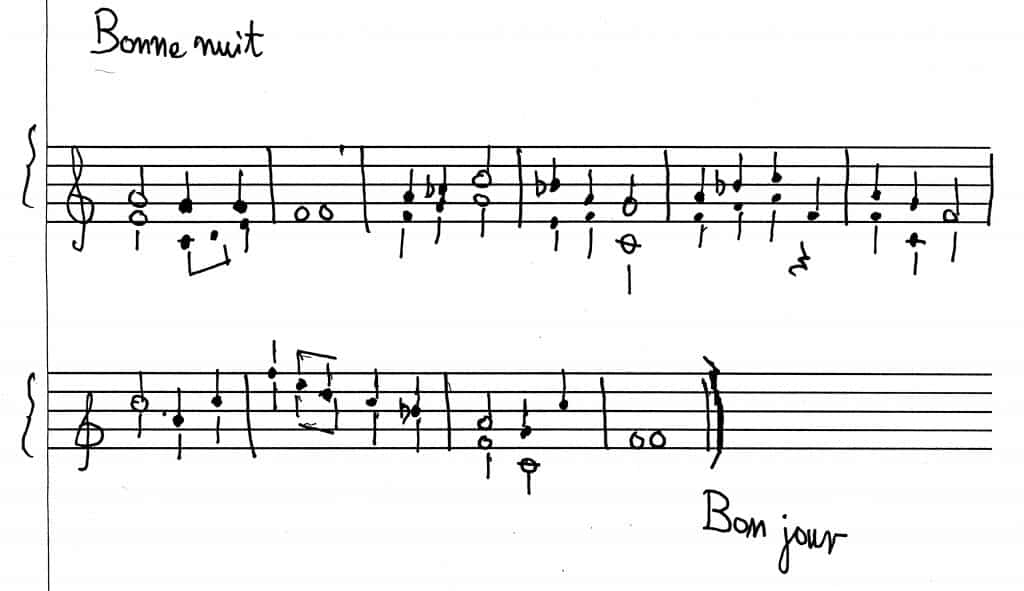 Josef Tal died on August 25, 2008, in Jerusalem. He is buried in Kibbutz Ma’ale HaHamisha. Part of his archive is housed at the National Library of Israel and almost all of his works have been published by the Israel Music Institute (IMI).